Andreas Hadjiraftis worked for the Department of Lands and Surveys for the last 32 years, where he is currently the Chief Lands Officer responsible for Cartography, Geodesy, Hydrography, and Photogrammetry. He holds a B.Sc. degree in Civil Engineering, a Master of Applied Science Degree in Surveying-GIS/LIS, and an MBA in Public Sector Management. He also obtained two Fulbright scholarships and completed further studies and research in GIS and Digital Cartography. He also participated in many short term training programs on related subjects.

He is a member of EuroGeographics Management Board since 2018. He is the National INSPIRE Contact Point, and represents Cyprus in INSPIRE Expert Groups, and INSPIRE Committee. He is President of the Permanent Committee for the Standardization of Geographical Names of Cyprus, representing Cyprus in the United Nations Group of Experts (UNGEGN). He is acting as adviser to the President of the Republic of Cyprus, the Attorney General, the Ministry of Defense, and the Ministry of Foreign Affairs on territorial and property issues. He is also actively involved in EuroGeographics and other European projects.

About the Department of Lands and Surveys

The Department of Lands and Surveys (DLS) is considered to be the most important pillar of socio-economic development in Cyprus, as it deals mainly with land and geospatial information, which are significant factors of progress, prosperity and development in the economy. With its present operational structure and responsibilities, through a wide range of laws and regulations, DLS is one of the most essential services of the public sector, making significant contribution to the Cypriot society. DLS provides the basis for the design of all development programs relating to geospatial data, offering services to many public sector entities, local authorities, semi-government organizations, banks, other organizations and citizens.

The Department is solely responsible for the provision of services in connection with all the rights relating to immovable property - registration, valuation, general assessment (for taxation purposes), tenure, surveying, cartography, geodesy, photogrammetry, and hydrography, as well as the management of state land. DLS is also the official national mapping, hydrographic and geodetic organization of Cyprus.

DLS is the main source of data relating to real property, topography, cartography, hydrography, geodesy and photogrammetry. The data in conjunction with the procedures generating and supporting them are the main and core assets of the Department. Their further use and utilization becomes an imperative need, as this data is well structured, thus enabling interoperability, across the Public Sector, other departments, businesses, researchers and ultimately the citizen. The Department collects a plethora of data of over 100 years old, and computerized data more than 25 years old. Data collection is part of its daily operations, as well as part of broader data collection projects, both in the field, and through new technological forms and procedures.

A primary objective of DLS is the implementation of a new IT Strategy which is a powerful tool for coordinating and directing its decisions and development plans. A very important outcome of this strategy is the implementation and current operation of the new Internet e-services platform known as "DLS PORTAL" (http://portal.dls.moi.gov.cy), providing direct access to data, services and information. It is also the main platform for INSPIRE Directive implementation. The provision of effective services to citizens and the two-way communication with them is one of the top priorities of the Department.

The 2019 Annual Quality Event was held on Wednesday 26 June 2019 at the Presidential Palace in Nicosia, by the Cyprus Organization for Standardization and the Cyprus Certification Company. The event was held under the auspices of the Honorary President of the Republic of Cyprus, Mr. Nikos Anastasiadis.

At the event, the Honorary Minister of Finance, and the Honorable Minister of Labor, Welfare and Social Insurance, officially awarded certificates to three state agencies and 62 private companies, for the new certification of products and management systems by the Cyprus Certification Company.

The Department of Lands and Surveys is one of the government departments which have been awarded an official certificate for their quality management system. It is worth noting that in 2015 the Department was certified for the first time with the ISO 9001: 2008 quality standard and in 2019 with the new ISO9001: 2015 standard. 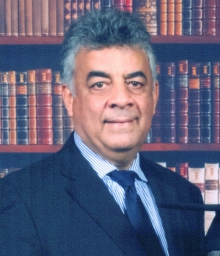