Dimitrios Skarlatos, is Associate Professor in the department of Civil Engineering and Geomatics in Cyprus University of Technology, and currently serves as department’s Vice Chair. He holds a Dipl. Eng. in Rural Surveying from National Technical University of Athens (NTUA), M.Sc. with distinction from University College London (UCL) and a Ph.D. from NTUA in digital photogrammetry. During his studies, he earned scholarships and awards, including 'Diomedes Komninos' award from NTUA, 'Hotine Exhibition Award' from UCL, 'Prize in Photogrammetry' from Royal Institute of Chartered Surveyors (RICS, UK), 'Lambadarios' scholarship (after written exams) and 'Lambadarios' Award (highest GPA in geodetic classes) from Athens Academy, scholarship from National Scholarship Foundation, 'Best diploma thesis award' from Technical Chamber of Greece, and a short scholarship from EuroSDR (European Spatial Data Research Network). He is member in several professional and scientific committees. He has served as member of board in Hellenic Society of Photogrammetry and Remote Sensing (2003-2019), and Vice President of Cypriot Association of Rural and Surveying Engineers for one term (2014-2016). He is the academic representative of Cyprus in EuroSDR (since 2010) and co-chair in International Society of Photogrammetry and Remote Sensing, Commission II (2016-2020), Working Group 9, about underwater photogrammetry.

About Cyprus University of Technology

The Cyprus University of Technology (CUT) is one of three state universities in the Republic of Cyprus, located in the city centre of Lemesos (Limassol). It was founded in 2003 and welcomed its first students in 2007. CUT aspires to develop itself into a modern, pioneering and internationally recognised university, able to offer education and high level research in leading fields of research that have a great impact on the economic, technological and scientific sectors. With its orientation towards applied research, the university aspires to establish for itself a role in support of the state and society in all areas of science and technology. 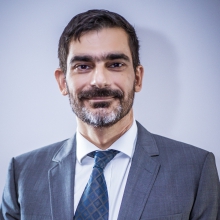